As a way of properly setting our stall out and to coincide with the launch of our new website, we thought it would be a a worthwhile exercise to introduce the uninitiated to the history of the sash window.

This information has been carefully gathered over many years and whenever a new craftsman, joiner or apprentice joins our team, we ask them to read up on the subject so that they fully understand the heritage of our unique craft, which leads to a deeper understanding of (and respect for) the work we do.

We’ve split the guide into 3 parts and we hope you’ll find its contents as fascinating as we do – though you’ll be forgiven for not considering them to be Pulitzer Prize-worthy.

For properties built in the 18th and 19th centuries, the unmistakable elegance and subtle proportions of the sash window were very much characteristic visual elements of the time. During Queen Victoria’s reign, they were by far the most common form of window. However, over the past five decades their popularity faced a marked period of decline, as tastes changed and people started to embrace just about anything that came with a self-described “modern” tag (despite the fact we know now that any accepted manifestation of modern can look dated in just a few years).

Today, with increasingly enlightened attitudes towards architectural conservation and a growing appreciation for classic, fashion-eschewing craftsmanship and design, sash windows are once again a very popular choice for homeowners. And with modern techniques and materials enhancing and extending the lives of these timeless windows, whilst retaining and preserving the charm and beauty of the period in which they were born out of, their popularity comes as no surprise.

As with many phenomena that have evolved over time, the origins of the sash window are a source of contention amongst scholars, with much inter-country speculation as to who should rightly take credit for their invention.

Until fairly recently, the generally accepted story was that sash windows were invented in the late 17th Century in Holland. However, the British have recently laid claim following research carried out at the University of Newcastle Upon Tyne by Dr Hinte Louw which suggests that sash windows may well have been invented in England in the earlier part of the 17th Century .

Yet another school of thought contests that they were first developed in France, only later spreading to England…. via Holland. As it happens, the word “sash” is in fact derived from the French “chassis” , meaning frame, so this could be taken to be a fairly big clue as to the truth of the matter.

Regardless, we would argue that the architects of our great Georgian, Victorian and Edwardian houses took the sash window and made it their own, with tremendous grace and style.

And just to add one final viewpoint into the discussion of origins, it could be argued that sash windows were not really ‘invented’ at all, but rather developed from the simpler horizontal sliding sash (known today as the ‘Yorkshire sash’).  Eton College headmaster William Horman, known for his Latin grammar textbook ‘Vulgaria’, printed in 1519, wrote in said book: “Glasen wyndowis let in the lyght . . . I have many prety wyndowes shette with levys goynge up and down.”. So the truth of the matter is, the jury is still out on this one, and a definitive consensus may never be fully reached. Putting the debate over origins to one side, sash windows were first conspicuously used at Chatsworth circa 1676-80 as well as Ham house and the palaces of Kensington and Hampton Court. Then in 1685 the original side-hung casement windows in the Banqueting House at Whitehall (designed by Inigo Jones, a proponent of Palladio’s ‘perfect canons of proportion’) were replaced with sash. As was often the case with wider public reactions to Royal patronage, this began a wider movement for earlier window designs to be replaced with sashes (helped by their adoption by pivotal architect Christopher Wren), culminating in them being used almost exclusively in new buildings, from small cottages to stately homes, throughout Britain and the colonies.

Boasting a vast aesthetic and practical superiority over the older casement windows, this new development was a welcome one. The earliest sash windows had thick glazing bars, typically oak in construction, with the weight box being set almost flush with the outer wall. Not only were the old-style wrought-iron, hinged metal casement windows draughty but they didn’t let in anything like as much light, and as we know these days, daylight is an important and much sought after quality in homes and other buildings, increasing health as well as mental wellbeing.

The weak, leaded casements meant that larger sheets of glass were just not feasible and, when open, detracted from the visual aspect of the facade, whilst the new white-framework, large-paned and highly-reflective crown glass sashes served only to enhance.

Those that could afford them (as they certainly were not cheap) dispensed of their ‘old fashioned’ windows, which would explain why many larger 16th and 17th Century houses have early 18th Century windows. Households who were less financially solvent could still have their little piece of sash magic by only fitting them to the principal public-facing facades, whilst leaving the casement windows in place where they’re less likely to be seen.

In Part 2: Window Tax, The Buildings Act and The Development of the Sash 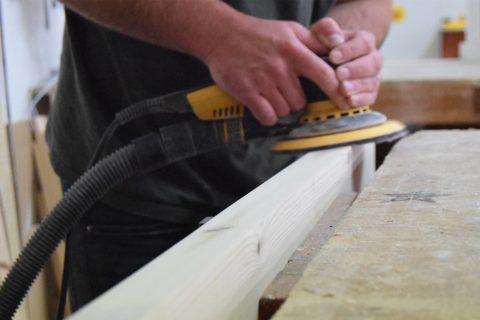 SASH WINDOWS MADE IN BRITAIN 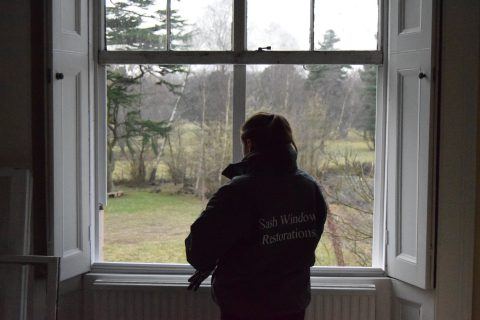 The environmental challenge is our opportunity. Many severe environmental and social challenges we face today are driven by unsustainable consumption and irresponsible manufacturing and shipping. In the age of information… 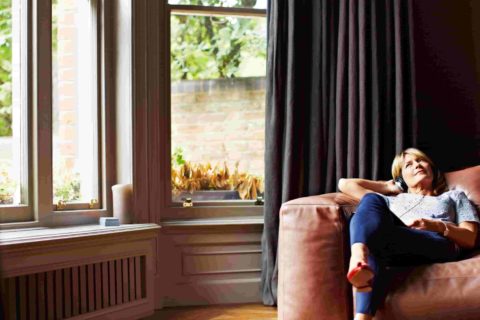 Here to exceed your expectations We know that when it comes to exceeding our customers’ expectations, our work needs to count for more than restoring sash windows.  The majority of…